Responding to the needs of a growing community, civic leaders founded Edwardsville Fire Company Number 1 in 1874. The early fire department quickly proved its worth, and the organization flourished both as a service organization and a social institution. New Years Eve gala balls and summer parades and picnics were social events eagerly awaited by the public. Early fire fighting equipment was pulled to fires by firefighters and then powered by their muscles. Some of the actual vehicles used by these hearty volunteers are still on display at Fire Station Number 1. 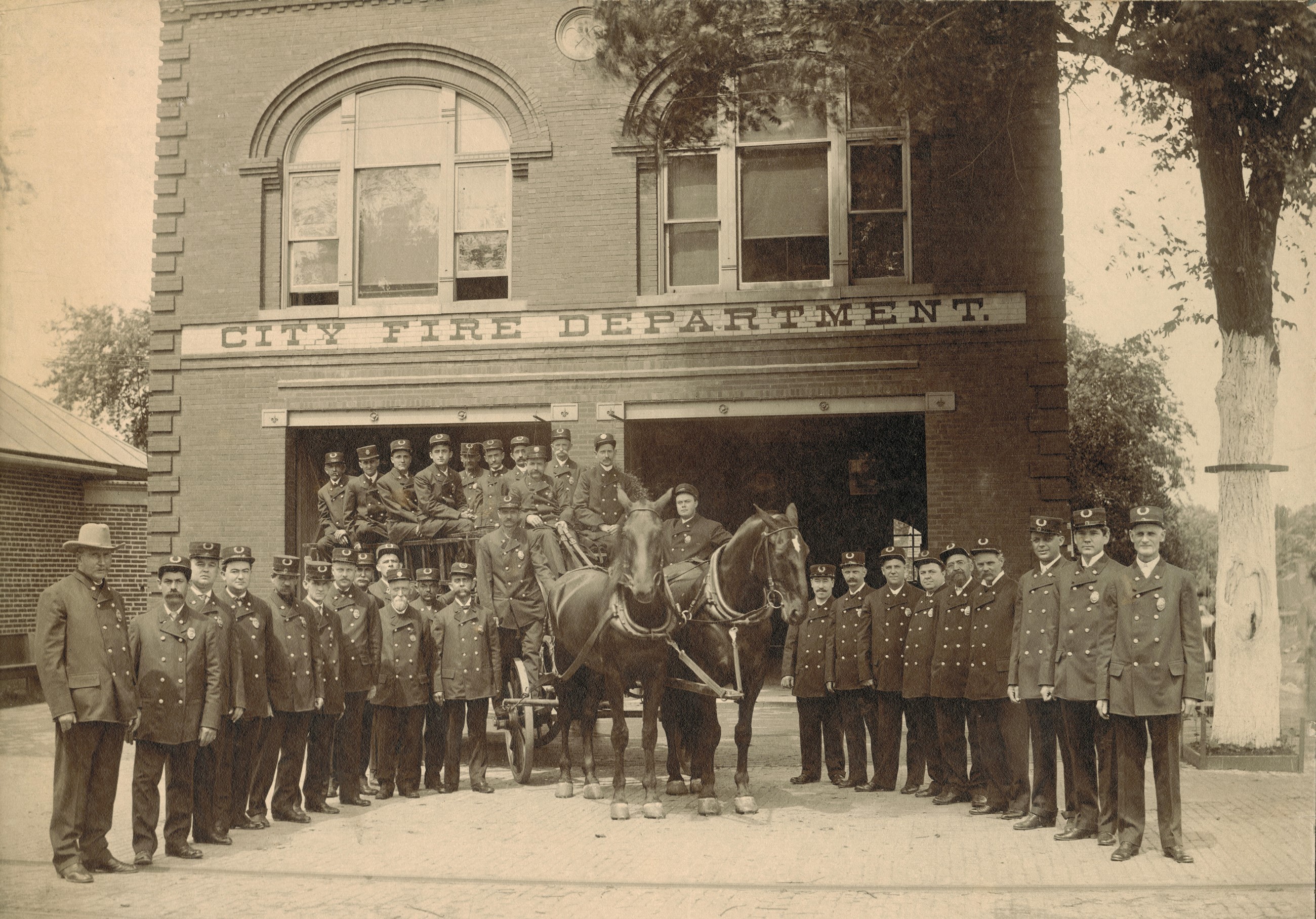 Horse drawn apparatus displaced human powered equipment when the fire department purchased their first team and pumper at the 1904 St. Louis World's Fair. Horses were used for the next two decades until the first motor-driven trucks were added to the department in the I920s.

As time passed and the needs of the growing city changed, the fire department also continued to evolve. Rescue service and a first aid squad came into being in the 1930s. New equipment and more career firefighters were added throughout the years, and a second station was built in Montclaire in 1969. A third fire station, the SIUE Campus Station, opened on November of 2016, and the Main Fire Station was relocated to the new Public Safety Building in November of 2017.