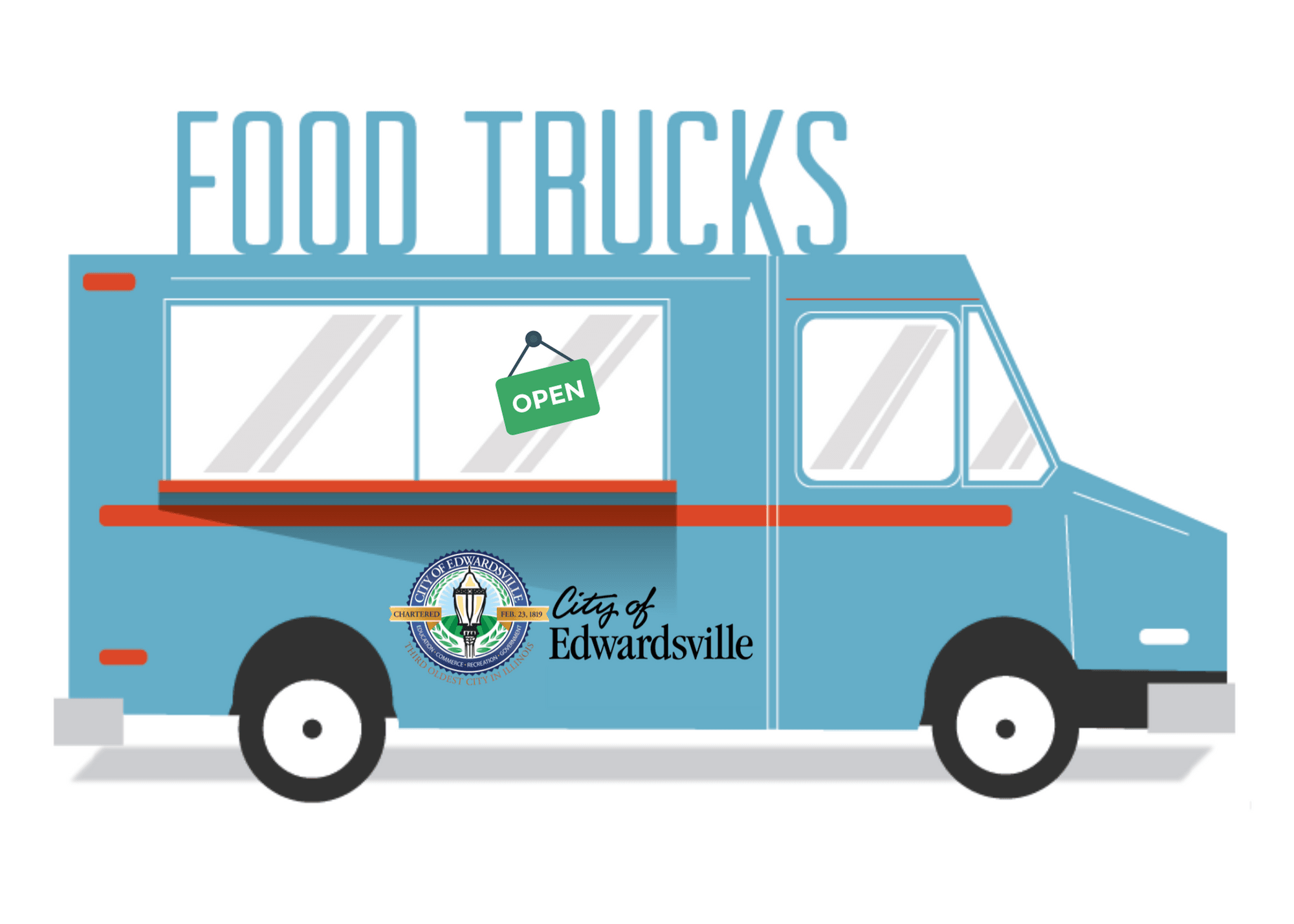 Thank you for choosing the City of Edwardsville as a destination for your food truck!

Food trucks may also operate on City property or public right-of-way owned by the City of Edwardsville in a commercial or manufacturing district.  In addition, food trucks may operate in the following public parks or on City of Edwardsville owned right-of-way immediately adjacent to the following public parks - Leclaire Park, Glik Park, and City Park.

The City also requires food trucks to complete an online location registration form (FOOD TRUCK LOCATION NOTIFICATION) describing the location and hours of operation at least 24 hours prior to selling from any permitted site in the City.  Food trucks may only operate in the same location four (4) times per month and are restricted to the hours of 7:00 a.m. to 2:00 a.m..  However, food trucks may operate on an unlimited basis, 24-hours per day in the M-1 Light Manufacturing District.